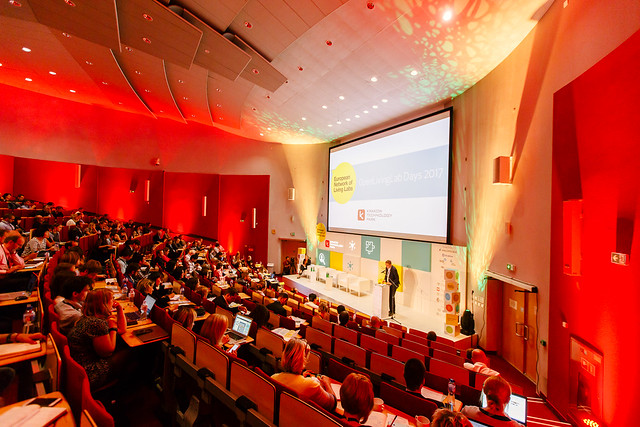 VOTE FOR YOUR FAVOURITE PAPER

Blockchain, a promising way for scaling up co-creation of innovation from local to global

Abstract. It is difficult to mobilize co-creating users over time: lack of motivation to contribute, difficulty in capitalizing on contributions. The outcomes of traditional co-creation processes are therefore often limited in scope. The use of blockchain is one way to overcome these limitations and scale up. By allowing contributors to be recognized or even remunerated, the blockchain produces a “nudge” effect thanks to the climate of trust it creates. Thanks to the traceability and capitalization of contributions, the blockchain also makes it possible to make the most of them by promoting their recombinations. Finally, the blockchain allows new approaches to intellectual property to be unleashed and new types of organizations (DAO) based on sharing to emerge. 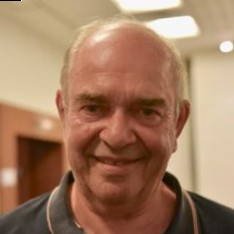 Eric Seulliet, a graduate of HEC and of Institut d'Urbanisme de Paris, is the founding President of La Fabrique du Futur, an association whose vocation is to be a think tank reconciling technology and sustainable development. Within this think tank, Eric Seulliet has created a living lab which was labelled by ENoLL in 2008. In 2012 Eric Seulliet was co-founder of France Living Labs, the association that brings together the French network of living labs. Through his practice and functions, Eric Seulliet has developed a particular expertise on the subject of fablabs and living labs, which makes him a recognized specialist in these issues. He also acts as an innovation and coach for enterprises. He is also involved in entrepreneurial projects as an associate or partner of various startups, notably ValYooTrust, a project of an open innovation and co-creation platform as well as a marketplace of immaterial assets based on the blockchain. In 2018, Eric Seulliet created a company, La Fabrique du Futur & Co with a collective of 26 partners to assist companies, institutions and local authorities in their innovation strategy and the implementation of innovative projects. Eric has launched several events (which were in 2018 at their 3rd edition): - Innovation Ecosystems Agora®, which aims to bring together innovative ecosystems and promote their best practices - Blockchain Agora® which aims to explore the uses of blockchain. Eric Seulliet is particularly interested in the use of deep techs in the field of innovation, and more specifically in the Blockchain, with a particular focus on the topic of blockchain and co-creation.

Abstract. Cross-border collaboration is an important part of living lab research, as circumstances and requirements for services and products can vary greatly depending on the region in which they are introduced. While cross-cultural differences can be of interest for these studies, they can also be confounding factors for data collection and analysis. Dissimilarities in the recruitment and in the participation of end users in different regions could influence the outcomes of international studies with multiple implementation sites across countries. Therefore, the current survey study investigates awareness of such  cross-cultural differences. The sample consists of 36 living labs from 20 countries. Results show that regional differences are reported in terms of participants’ motivation for participation and the impact of gender, age, professional status, and socio-economic status on participants’ contribution. Additionally, regional differences influence whether a moderator should take the role of a facilitator or a more dominant guide of the process during group sessions. Implementing well-chosen strategies for recruitment, for grouping, and for supporting equal contribution in sessions could improve the quality of international living lab research, while still maintaining sufficient standardisation.

Ingrid holds master degrees in communication and business management. She has a large experience working within international companies and organisations inside and outside Europe. At LiCalab, a health living lab, Ingrid supports businesses and organisations to bring health and care innovations to the market. She supports the development and execution of (international) living lab studies with main focus areas care technology, assisted living, active and healthy aging, patient rehabilitation and mental health. LiCalab relies on a broad network of local, regional and EU partners with expertise in Healthcare and Wellbeing, including local governments, care¬givers, research institutes, SMEs and multinationals. LiCalab is an accredited member of the European Network of Living Labs (ENoLL).

Abstract. Since its introduction in the nineties, the concept of Living Lab has evolved from a space where technological innovations is tested directly by users for an innovation eco-system. The creation of the European Network of Living Labs (ENoLL) in 2006 characterizes this evolution. Although Living Lab are well disseminated around the world, there is a lack of consensus on how a Living Lab should be organized (macro level), which types of projects are considered as Living Lab projects (meso-level) and which methods should be used (micro level) (Schuurman, et al., 2015). Furthermore, Living Lab need tools to evaluate the performance of its output (Schuurman, et al., 2015). Therefore, we developed here a quasi-experimental research design framework using analogue observation to evaluate the performance of a Living Lab output. In this paper, we illustrate how to operationalize this research design framework in a case study that aims at introducing Autonomous Vehicles (AVs) in a city in Switzerland. 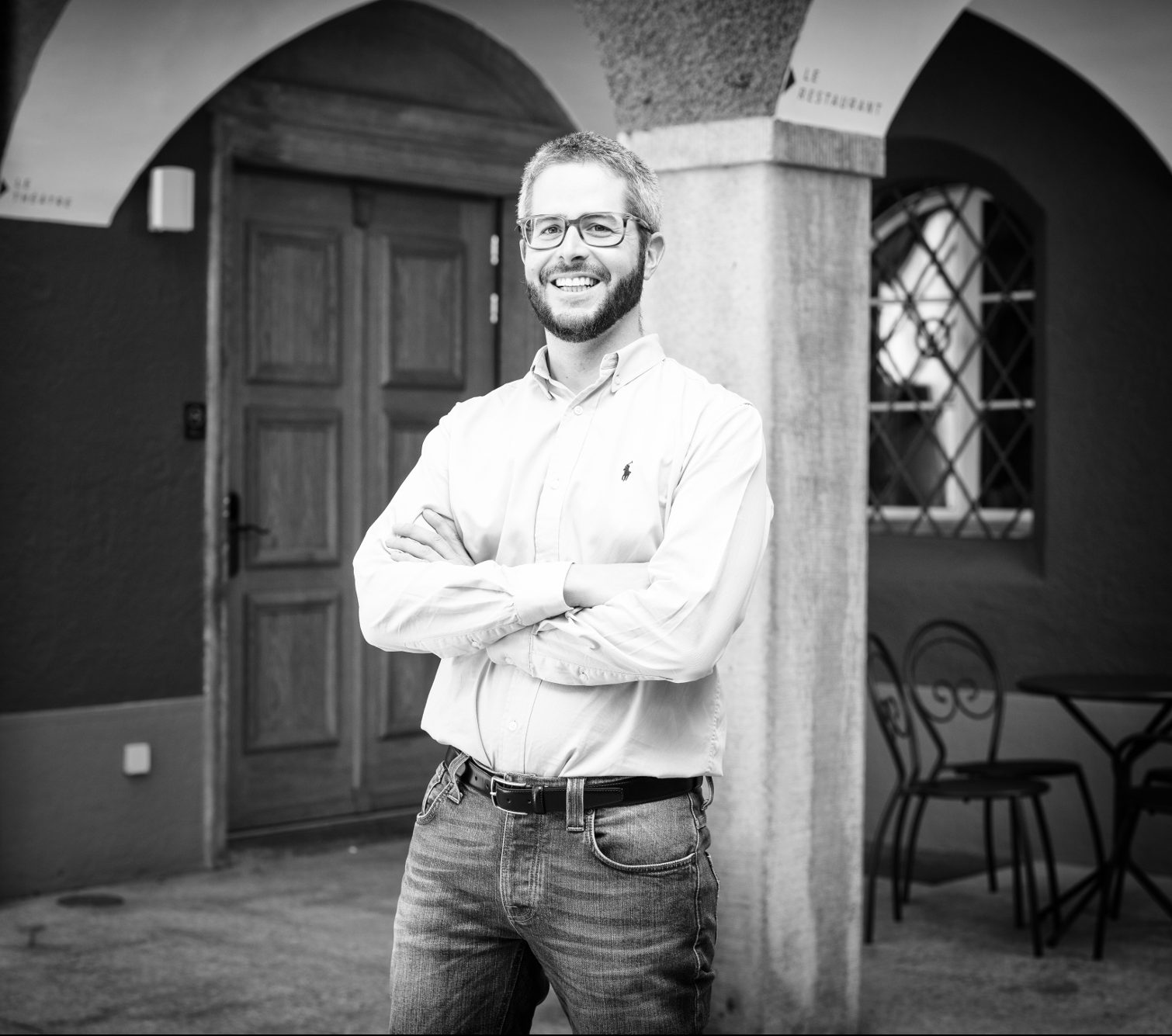 Benjamin Nanchen has been a Senior research associate at the University of Applied Sciences Western Switzerland (HES-SO Valais-Wallis) since September 2016 and manager of the Living Lab Handicap since January 2019. He received his Bachelor of Business Administration and his Master in Business Administration with a major in Service Management and Service Engineering from the University of Applied Sciences Western Switzerland (HES-SO). He received the 2011 Industry and Commerce class of the Society of Arts of Geneva prize for his master’s thesis. Benjamin’s research interests are Service Design & UX Design, especially for people with disabilities.

Abstract. This paper sheds light on the individual skills needed to orchestrate open Living Labs networks and activities. Since orchestrators (also called mediators) are people working on the interface of the macro, meso and micro levels of Living Labs, and in between various stakeholders such as universities, organizations, NGOs and citizens, specific skill sets are needed in order to enhance inclusiveness, balance, and communication among the different parties and to improve the sustainability of the Living Labs’ projects according to the responsible research and innovation principles. Based on the literature, the skills are classified in three partially overlapping bundles: first, skills in building relationships, networks and ecosystems; second, skills in maintaining them; and finally, skills in executing multistakeholder innovation processes. As a summary of the literature review, a preliminary framework of orchestrator skills is presented. 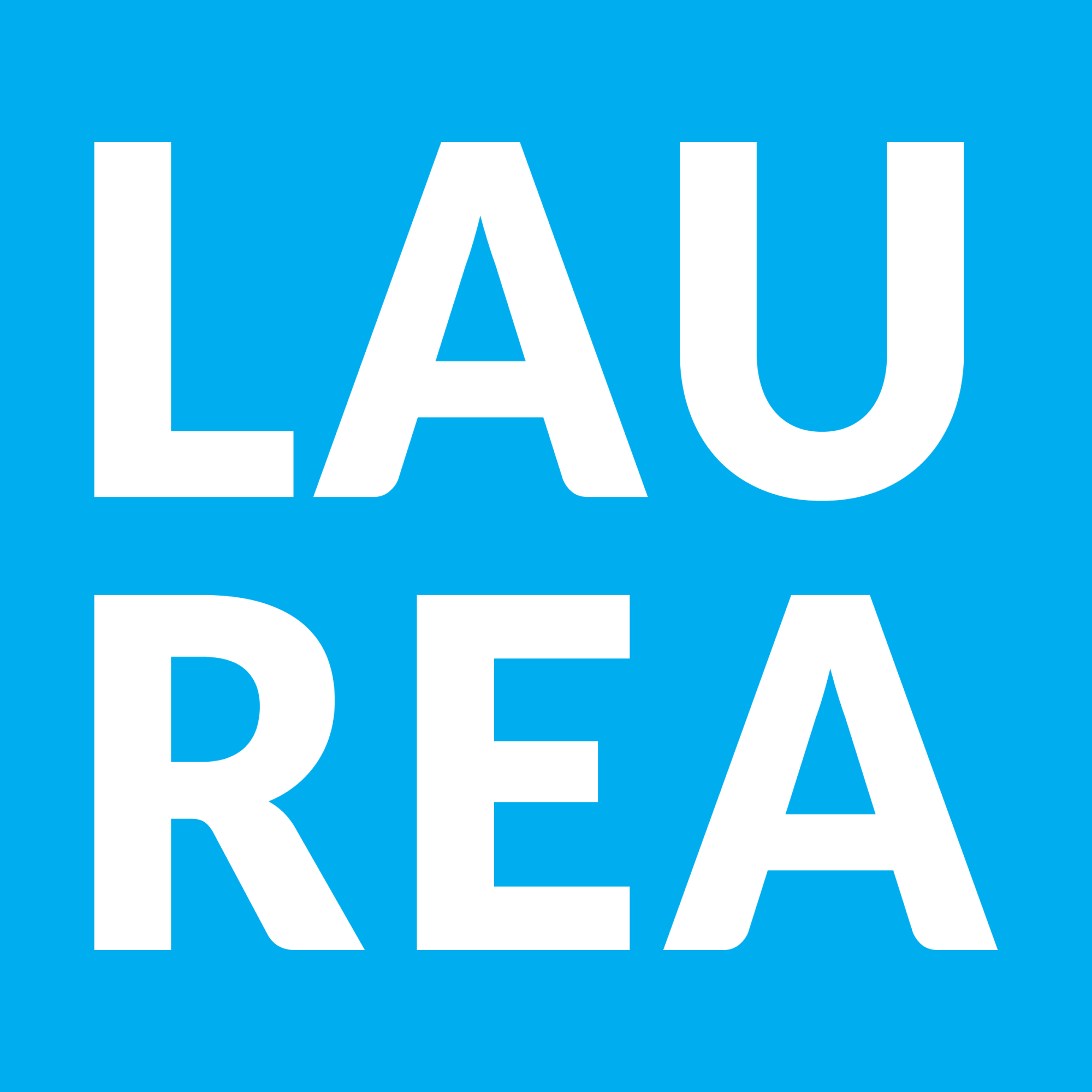 Anne and Heidi are involved in a project called Co-creation Orchestration financed by the Ministry of Education and Culture and Laurea University of Applied Sciences (Finland). The project aims at enhancing ecosystem value co-creation by developing a governance, business and capability-building model in the context of health and wellbeing. Anne, together with the third author Tuija Hirvikoski, has published several practical handbooks on how to manage multi-stakeholder co-creation processes in the context of municipal services. In her doctoral dissertation, Anne studied entrepreneurs’ networking abilities. 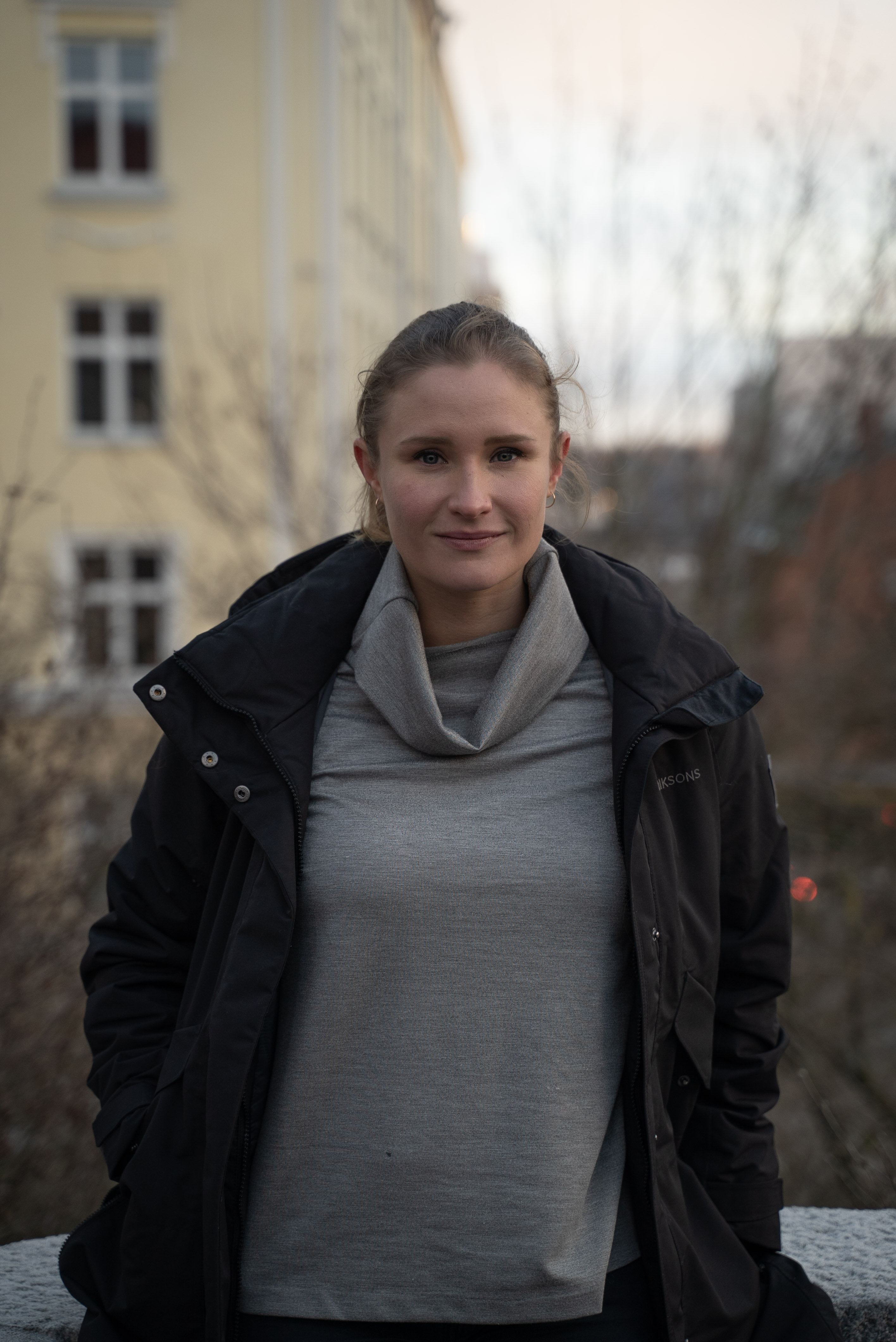 Anne and Heidi are involved in a project called Co-creation Orchestration financed by the Ministry of Education and Culture and Laurea University of Applied Sciences (Finland). The project aims at enhancing ecosystem value co-creation by developing a governance, business and capability-building model in the context of health and wellbeing. Anne, together with the third author Tuija Hirvikoski, has published several practical handbooks on how to manage multi-stakeholder co-creation processes in the context of municipal services. In her doctoral dissertation, Anne studied entrepreneurs’ networking abilities.

Abstract. This conceptual paper presents a Living Lab model of how university, society and organisation may strengthen the co-creation capacity on regional and international level to improve quality in higher education.
Our conclusions are that successful co-creation between universities and society/organizations is built on mutual contribution, knowledge sharing as well as engagement from all involved. Here, living lab methods can help improve quality. Further, from a university perspective, a challenge is to keep the engagement in the project from all involved, and to assure an equal status between stakeholders. This calls for a skill in how to conduct project in co-creation with several partners. A skill that has to be taught to students as well as to teachers and researchers 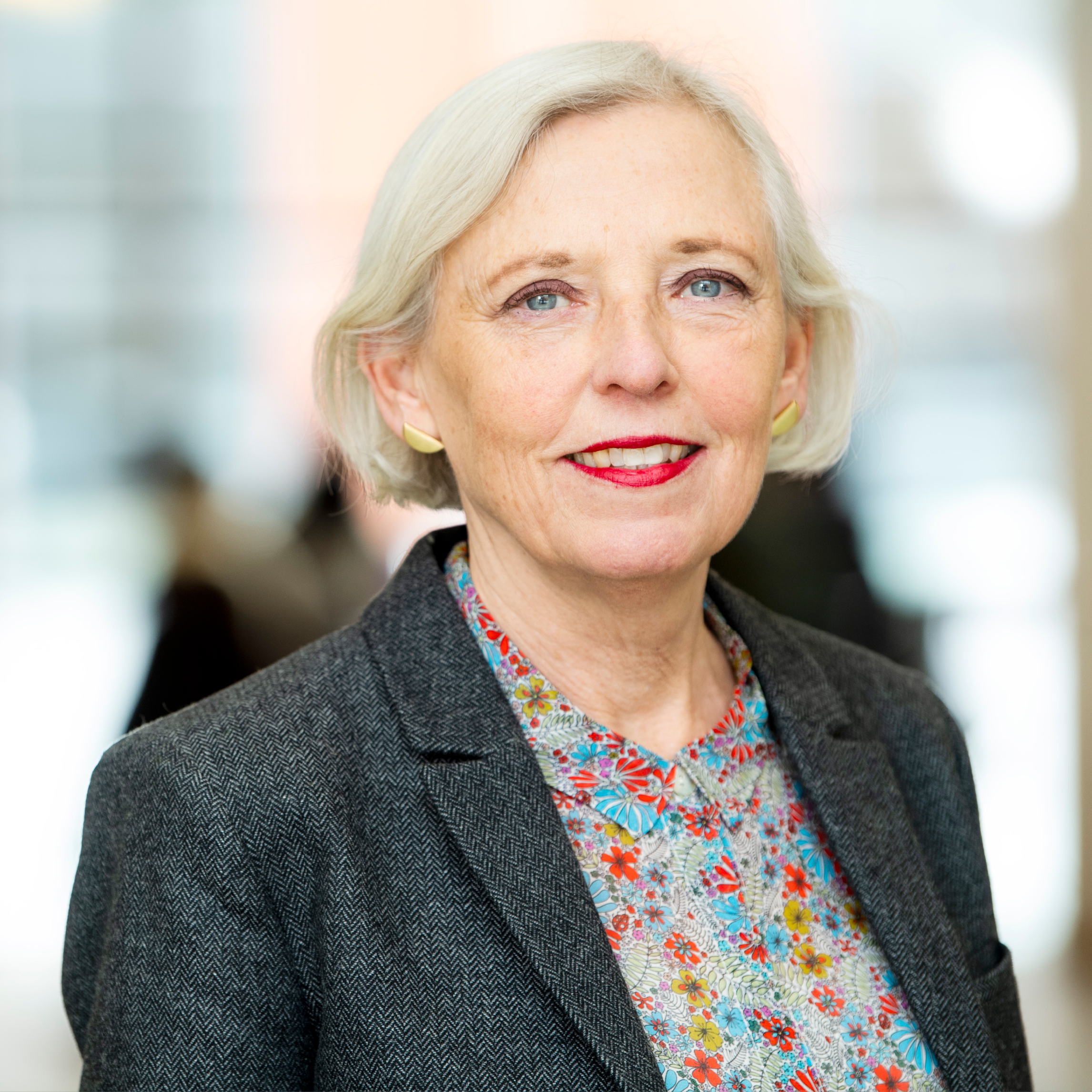 Yvonne Eriksson (PhD) is Professor in Information Design, leader of MDH Living Lab at Innovation and Product Realization (IPR) and Vice Dean of the School of Innovation, Design and Engineering at Mälardalen Univeristy. The main focus of her research is visual communication and its relation to the perceptual/cognitive processes that are involved in interpretation of visuals and building of milieus. She has special interest in methodology and development of methods for design and co-creation. 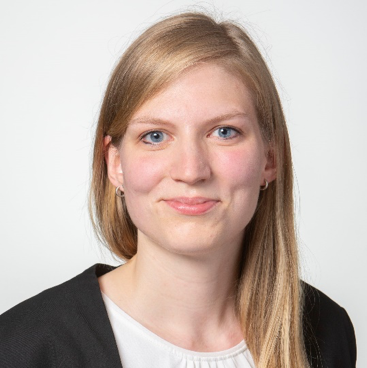 Veronika Hämmerle works as a research assistant at the Interdisciplinary Centre of Competence for Ageing (IKOA-FHS). She is a sociologist and gerontologist. Her research interests focus on -Technology and Active & Assisted Living (AAL) -Digitalisation and older people -Living Lab Research with older people, their relatives and caregivers

Living Labs for small retailers – in search of methodology and tools

Abstract. City centers all over Europe are challenged by the effects of recent developments in consumer behavior and online retail. Collaborations of municipalities, knowledge institutions, retailers and consumers are blooming up in many regions to help this transition and find solutions which fit both in the future of retail entrepreneurs and employees and in that of consumers and their social space. These collaborations often take the form of a Living Lab, but don’t always fit easily in Living Lab or field lab definitions. Future-Proof Retail, a network of eleven retail labs in the Netherlands, currently researches a comprehensive and practical framework for this kind of labs. First findings include definitions, maturity scores and guidelines for stakeholder engagement. These findings will be presented as work in progress, to share, but also to discuss the methodological approach and possible shortcomings. 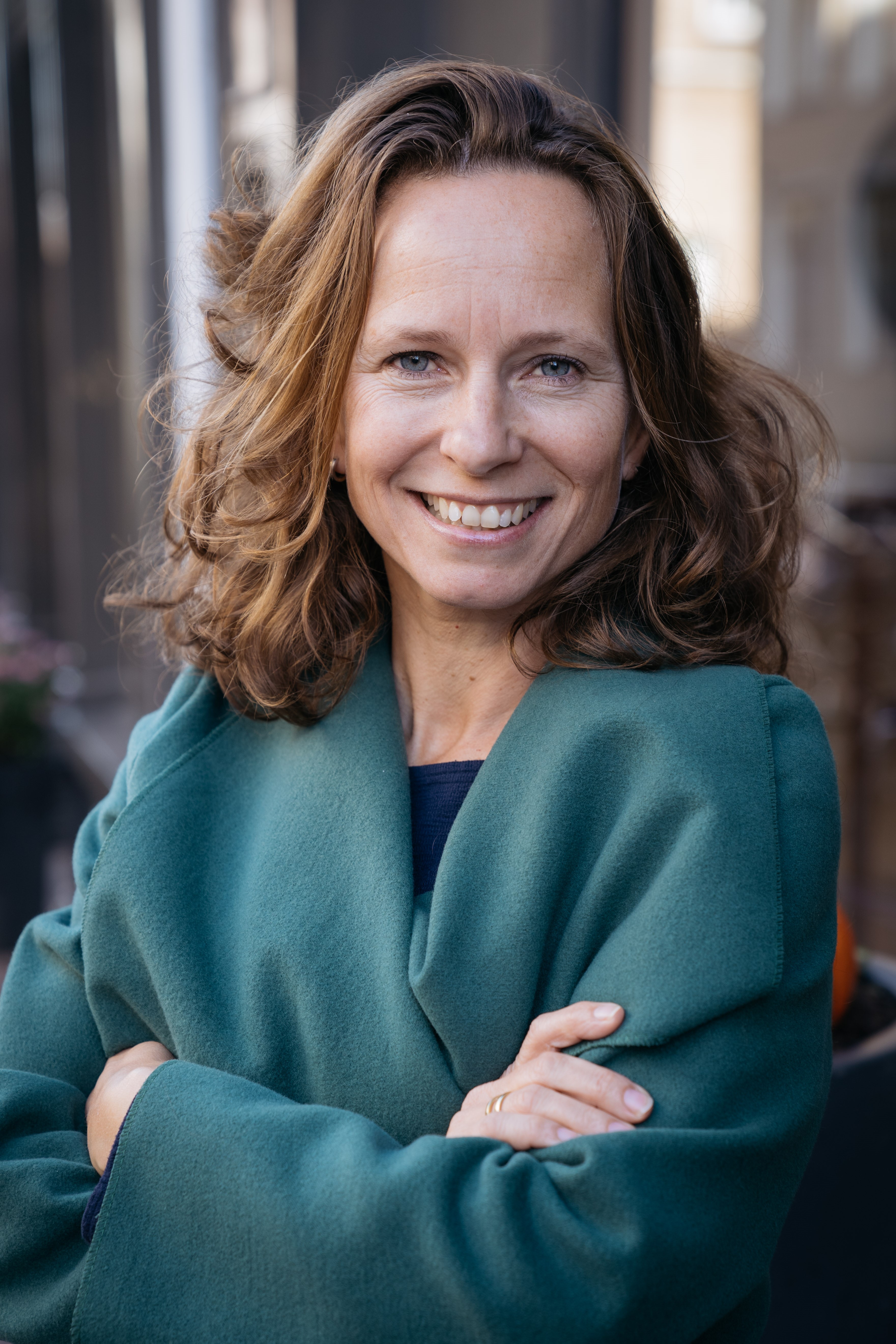 Heleen Geerts is project manager at the Faculty of Business, Finance & Marketing (an educational program of Entrepreneurship & Retail Management) at The Hague University of Applied Sciences. She coordinates 11 regional Living Labs in The Netherlands, with more than 30 partners that are involved, for the ‘Future-Proof Retail’ program of the Innovation Networks research group. Her special field is Triple/Quadraple Helix collaboration, Stakeholdership Management and (design) networking. 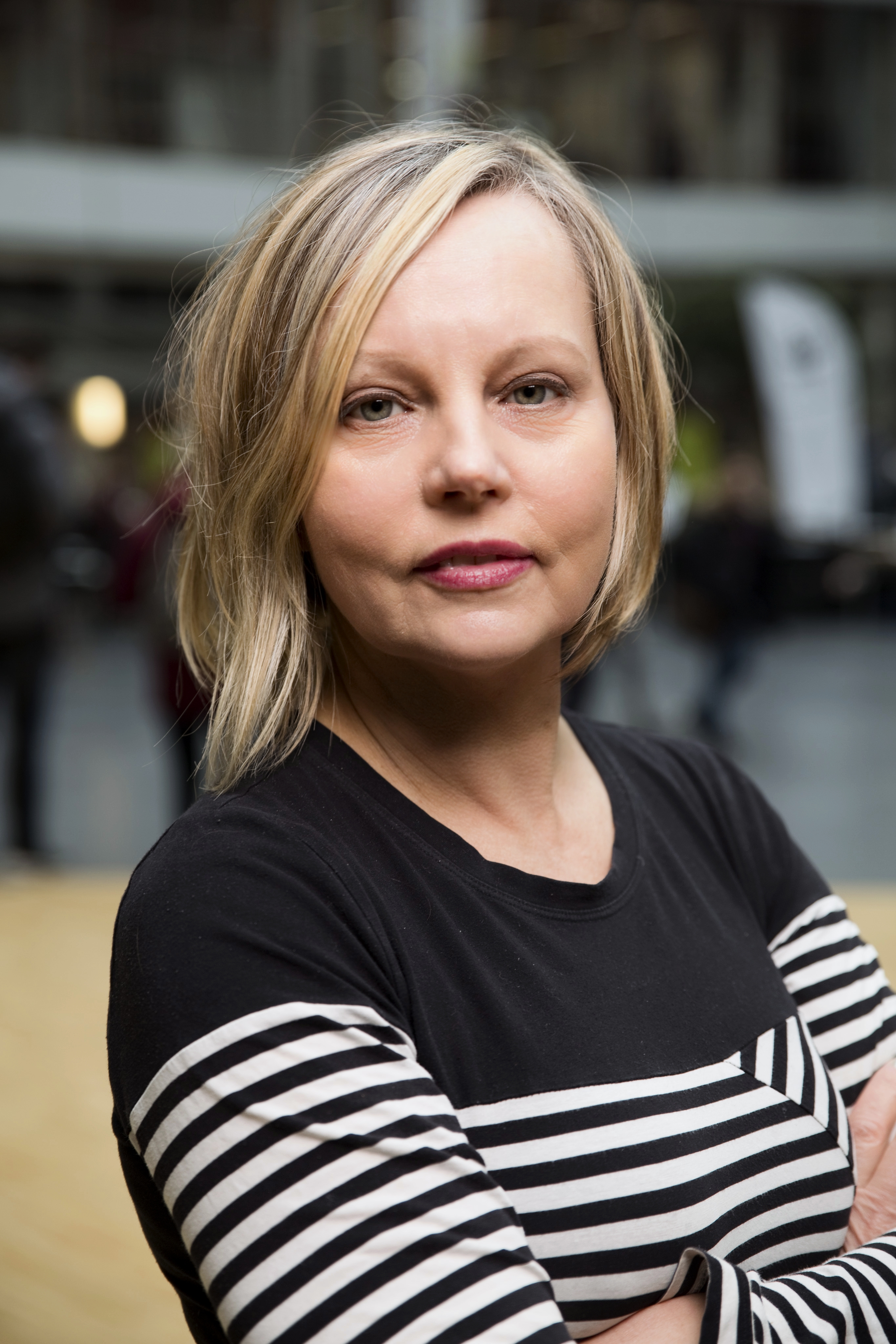 Anja Overdiek is a senior researcher at the Faculty of Business, Finance and Marketing at The Hague University of Applied Sciences. She leads the ‘Future-Proof Retail’ program of the Innovation Networks research group including eleven regional Living Labs in the Netherlands. Her special fields are consumer engagement, retail entrepreneurship, temporary spaces and co-design. Currently, she explores the opportunities of temporary retail spaces for the engagement of consumers in a more circular consumption behaviour. Anja holds a PhD in political sciences from Freie Universität Berlin (Germany) and looks at her fields from a sociomaterial research perspective. Often working together with design researchers and students, she hereby integrates social, material and digital dimensions.