Inspired by the first edition of the SDG Cities Challenge taking place in Geneva in 2018, this year in Thessaloniki an extended three hours version of the large scale co-creation session will host 120+ participants working in parallel on different issues introduced by invited and selected table and challenge owners all reflecting on the main theme of the conference Co-creating innovation:scaling up from local to global. 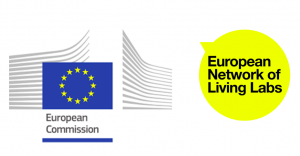 Please consult the respective room’s challenge offerings below and get to know the participating organisations and projects.

The Scaling up Challenge is a special opportunity, particularly tailored for institutions, cities and urban actors, project and pilot coordinators, living lab experts, methodology and experimentation developers to share, discover, debate and create their responses to challenges and boundaries related to scaling up, internationalisation, interoperability, replicability and more.

The workshop aims to transfer knowledge across different programmes that cities or urban actors with their civil servants, policy makers, Living Lab coordinators, academia and private sector are working on, looking for solutions to their individual and common challenges.

Who is it for?

Through a 3h dedicated workshop, challenge owners will have the opportunity to interact with 6 experts of the ENoLL network and audience of the OLLD19 conference. The experts are hand picked to look for the best feedback and co-creation experience and make the most of this strategic workshop.

Table owners are selected primarily to the event based on matching strategic goals of the table owner and the vision and mission of the living lab community and aimed outcomes of the conference.

Consult the Scaling Up Challenge rooms

Hosted by: ENoLL members and Invited Initiatives and Projects

The Scaling-up Multi-stakeholder Collaboration session will:

How: The workshop methodology will follow a process of thought-provoking discussion prompts, collecting ideas from the attendees in sharing their best practice experiences on the topics. The ideas are organised in collective themes, that in the canvas are transformed to a common vision statement. After exploration of the supports and challenges to reach this vision have been discussed, the workshop will finally result in the creation of the “5 bold steps”: actionable steps to take in reaching these common goals.

The ‘Scaling-up Urban Challenges Session’ will:

How: The workshop methodology invites participants to share their best practice experiences from their past/ongoing projects, shedding some insight to the key elements of what made their projects so successful. Through the sharing of these best practices the key ingredients for success will be created in the following two categories: (1) key ingredients for reaching significant impact (2) key ingredients for methods & tools for innovative participatory processes. At the end of the workshop, the Urban Challenges Scaling up session conclusion is presented, after which each participant is invited to submit comments on the report – choosing ONE main comment to present to all at the table to form a collective conclusion on the feedback for the report. 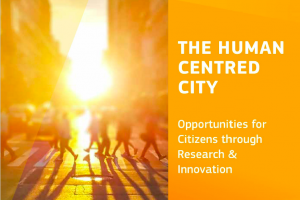 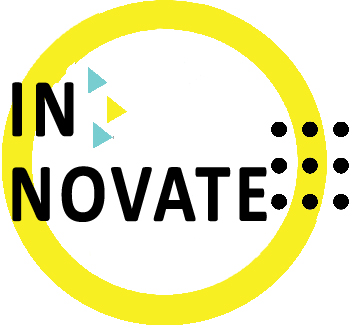 Citizens’ and consumers’ interest in farming practices and their impact on food and environment is increasing. They could bring interesting contributions to the co-creation of agricultural innovations by clarifying their expectations. But putting all actors around the same table can also prove challenging due to language differences, lack of knowledge on farming reality or local tensions. How to successfully organise, in the context of a living lab, a process engaging citizens and farmers in the co-creation of agricultural innovation contributing to societal goals?

The declaration to “Join forces to boost digital transformation in Europe’s cities and communities” will be at the centre of this table’s discussion. The declaration strives for better uptake, further enhancement and upscaling of a citizen-driven digital transformation in cities and communities. It is in line with the “Digital Europe for all” strategy proposal from the Committee of the Regions (CoR) which aims to enable regions, cities and all the local communities across the EU to benefit from the Digital Single Market.  Access the Declaration.

TABLE 3 Success factors for the Upscaling of City Labs

In the context of successful European project for City Labs and Multi-Stakeholders Partnerships (MSP’s), a follow-up is now designed for the upscaling of City Labs and freight quality partnerships (ecosystems for freight) in the context of lowering CO2 emission for Smart Cities (Urban Logistics). But this can also well be placed in the context of mobility/last mile solutions. These initiatives are currently running under European Innovation Partnership for Smart Cities and Communities (EIP SCC) and the New Mobility Services network (NMS). Existing successful City Labs here function as forerunners and are linked to follower cities learning from the complexity of their MSP-decision making, the cross-sectoral approach, the integration of multiple technologies, the business models behind these City Labs etc. Aim is to further upscale learning and extend regional impact to national impact, transnational (i.e. European) and possibly international impact. The partnership is still open for other cities and regions to join.

TABLE 4 Innovating in the role of Public Spaces

Public spaces, such as public libraries, civic centers, or even open spaces like squares or parks are already existing infrastructures of our cities than can (and must) be object of innovation. Particularly, libraries are in challenge in the digital transformation. In essence, this provides the opportunity to policy makers and city managers to rethink roles and investigate new approaches. 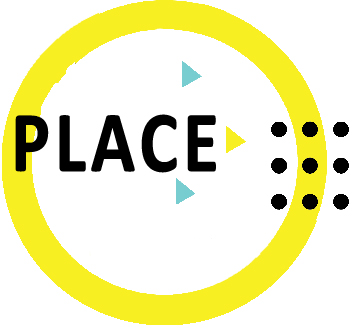 The round-table will discuss how EU R&I can foster the transition to circular and regenerative cities, applying solutions for waste management (including for instance urban, construction, water waste) in line with the EC Action Plan on Circular Economy and for the re-use of urban assets, spaces and materials.

The Round-table will comment on the HLEG report chapter “Place”.

Moderator: Ana Bartolo, Professor at the  Instituto Politécnico of Setúbal and member of the High-Level Expert Group on Innovating Cities

This round-table will discuss how EU financing on R&I projects focused on new systemic solutions ensure smart mobility in cities, contributing to the reduction of emissions and leading to Carbon neutral cities of the future

The Round-table will comment on the HLEG report chapter “Place”

The ENoLL Action-Oriented Task Force on Social Impact of AI is aiming at providing a practical approach to the questions related to the social transformations associated to the development of the Artificial Intelligence, in the general framework of the Digital Transformation. Living Labs appear as relevant infrastructures for the potential co-creation of products and services based on AI in Europe and the world, but fundamentally, to anticipate the societal changes needed to provide a trustful deployment of such transformations by empowering everyone to innovate without leaving anyone behind, due to the digital gap.

This challenge table aims to collect insights from participants to understand the interest and motivation of internal and external stakeholders to join the initiative and define a joint roadmap for the upcoming year with tangible deliverables.

The vision of the Health and Wellbeing Living Labs is an open transnational network of living labs where research, innovation, methodologies and best practices on health and wellbeing real-life experimentation are credited and shared easily, transparently and trustful. The challenge is to drive a community of transnational Living Labs active in the domains of Health and Wellbeing where knowledge sharing and exchange of experiences among the members will easily scale up towards establishing links and collaborations with national and international key-players when it comes to driving Innovation in Health and Wellbeing.

This challenge table will elaborate on the roadmap and business, sustainability plan of the Health transnational ENoLL Action oriented task force and how other interested parties can link up to the initiative.

The Social Innovation and Digital Rights task force’s focus is to support local, decentralized and distributed transformation enabling a closer collaboration and a better understanding about the actions that are needed to address social issues in specific contexts/regions using social innovation specialization strategies.
The aim is to:
• Increase the social innovation impact of living labs (and demonstrate this)
• To promote collaborative working and investment in LLs as a result of a)
• Collectively achieve greater impact globally e.g. influence social policy

This challenge table aims to collect insights from participants to understand the interest and motivation of internal and external stakeholders to join the initiative and define a joint roadmap for the upcoming year with tangible deliverables. 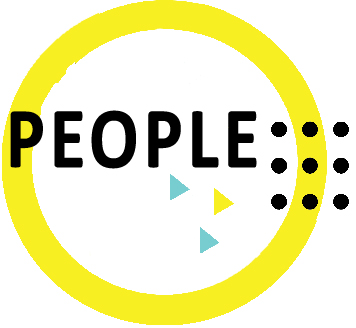 The round-table will discuss how EU R&I can foster new systemic development patterns putting people at the centre of their policies, combining digital, technological, social and nature-based solutions.

This round-table will discuss how EU R&I projects can ensure health and well-being in cities, including measures for improving living environment and reducing pollution, foster gender equality and offer opportunities and access for all citizens, including disadvantaged groups and ageing population.

This round-table will present the JRC report on the Future of Cities as well as the JRC initiative on the Community of Practice on Cities. In addition, the City Science Initiative (CSI) will be presented.

This is an initiative by the Chief Science Officer of the City of Amsterdam, together with the European Commission (JRC and R&I).

The City Science Initiative was launched early 2019, bringing together Science Officers from about 20 European cities to discuss the interaction between urban policies and academic research.  The initiative would provide structured contact between cities and between city science officers, European actors and other stakeholders.

Both methodological and sectoral challenges are being identified. The main methodological issues cities run into when working on the science policy-interface could be divided into four categories:

a)Governance and finance between municipality and university

c) A need for a new research paradigm on City Science. 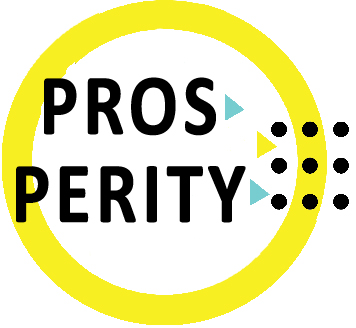 The Round-table will discuss how EU R&I can promote the transition to new collaborative productive
systems in different sectors (from digital manufacturing to urban food labs) where citizens act as
actors of open innovation and city-makers, to combat urban poverty, food shortage, degradation of
urban environments.

Foresight activities in cities empower communities to plan and develop their future. Foresight activities are also associated with policy development at national and European level.  The session will discuss how to best take advantage of foresight activities across different governance levels, using as examples the recent foresight report of the European Commission “100 Radical Innovations for the Future” and city level foresight activities. It address the following questions: 1) What roles can foresight play to support City Strategies for resilience, sustainability and development? 2) How can cities best benefit from the report “100 radical innovations for the future”, and from horizon scanning efforts more generally? 3) How can we best link the HLEG report with foresight insights to help cities become resilient, safe, inclusive and sustainable through Horizon Europe?

Check some material “100 Radical Innovation Breakthroughs for the future”

Check the report “100 Radical Innovation Breakthroughs for the Future” 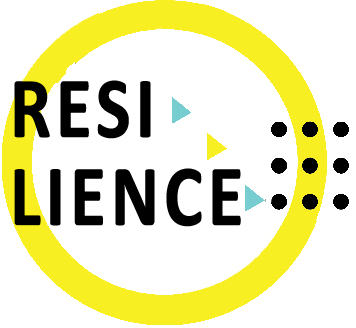 Building on the recent letter of cooperation signed between Mission Innovation and the Global Covenant of Mayors, the round-table will discuss how EU R&I can foster the transition to energy efficient and resilient cities to reach the targets of the 2030 Agenda for Sustainable Development of and in particular the SDGs 7 and 11.

Building on the recent letter of cooperation signed between Mission Innovation and the Global Covenant of Mayors, the round-table will discuss how EU R&I can foster the transition to energy efficient and resilient cities to reach the targets of the 2030 Agenda for Sustainable Development and in particular the SDGs 7 and 11.

Moderator: Seth Schultz, Advisor to the Global Covenant of Mayors 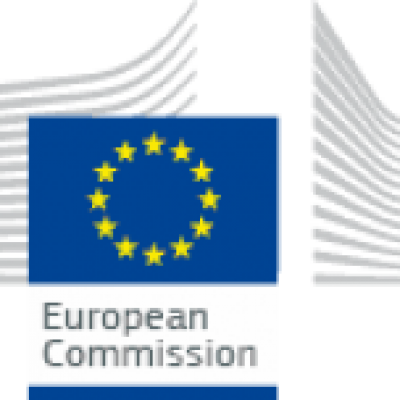 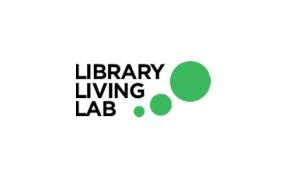 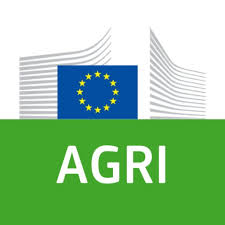 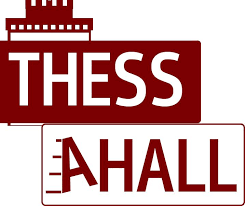 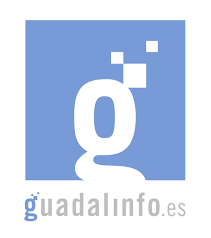 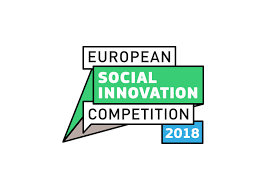 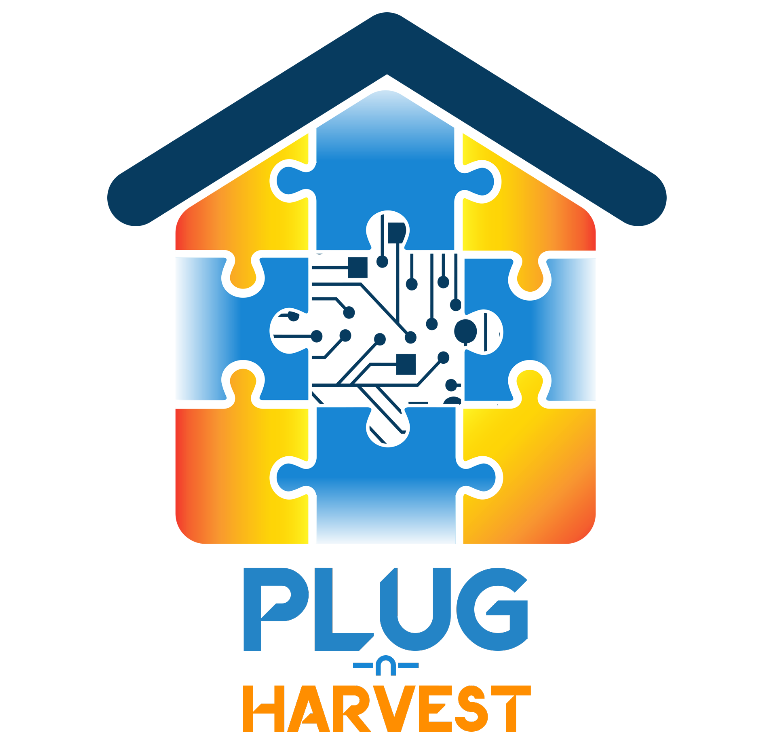 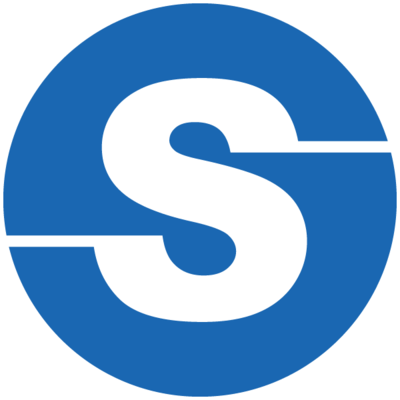