The session will introduce the potential of living labs to drive the green and digital transition as set out in the EU Action Plan: “Towards Zero Pollution for Air, Water and Soil”.

It will also contribute to the flagship 7 initiative announced in the Action Plan to launch Living Labs for green digital solutions and smart zero pollution to engage with regional and local authorities and other stakeholders to help develop local actions for green and digital transformation as well as to foster citizens engagement towards zero pollution.

Speakers will discuss the capabilities and lessons learnt by existing living labs and the expectations relating to the flagship initiative. As a concrete follow up, a network of ‘Zero Pollution Living Labs’ [working through ENoLL], will be encouraged to share best practices and develop recommendations for inspiration to other actors to create their own living labs. 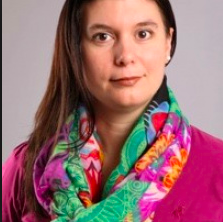 Professor at the University of Applied Sciences Western Switzerland

Professor at the University of Applied Sciences Western Switzerland

Dr Joëlle Mastelic is professor at the University of Applied Sciences Western Switzerland. She has been teaching for 12 years in the fields of Business Economics and Energy and Environmental Techniques, in particular in the Energy Management major. She has also developed continuing education courses: CAS on "Sustainable Marketing" and participated in the launch of the interdisciplinary Master "New Product Development";. As a researcher, she is part of the InnoLab Unit (Entrepreneurship and Management Institute) and the Water Group (Energy and Environment Institute). Her area of expertise is innovation and marketing in the field of energy. She is in charge of the Energy Living Lab, a living laboratory whose aim is to put the user at the centre of the energy transition by co- developing innovative solutions with him. This laboratory has notably collaborated with Romande Energie, Transports Publics du Chablais and Losinger Marazzi by proposing service design approaches. It is currently working on disseminating the results by creating social franchises for the Energy Living Lab, with the support of the HES-SO strategic fund. Her publications and interventions focus on the empowerment and engagement of key stakeholders in the process of energy innovation within regional ecosystems. In terms of networking, she is part of the board of the European Network of Living Labs (ENoLL) as head of the Energy and Environment Taskforce. She is responsible for the Living Labs for Decarbonisation of Energy national program, financed by InnoSuisse, which brings together more than 20 partners, including Swiss Post and SBB, and whose aim is to develop a portfolio of innovative projects supported by InnoSuisse in the field of decarbonisation of energy. At the European level, it is an expert for the European Commission, and is collaborating in particular on the transformation of the Joint Research Center site in Ispra into a Living Lab dedicated to the energy and mobility of the future. As organizer and moderator, she has organized and facilitated numerous conferences, such as the Energy Forum on the integration of consumers in the energy transition: http://www.energyforum-vs.ch. She also moderated a workshop during the International Days of Sociology of Energy in Tours on the theme Information and support: what tools, what challenges? http://www.socio-energie2015.fr. She was the moderator of the day on Energy Transition: new roles for buildings and neighbourhoods? at the HEIG in Fribourg: http://pst-fr.com/zero-carbone. She has organised and moderated numerous participatory workshops, in particular in the framework of the international conferences Open Living Lab Days https://openlivinglabdays.com and Sustainable Energy Week https://www.eusew.eu. She has co-organised the Open Living Lab Days in Geneva with more than 500 participants and introduced by the UN office director. The participants have worked on the role of Living Labs to achieve the Sustainable Development Goals of the UN https://www.ge.ch/agenda/open-living-lab-days-2018-olld. 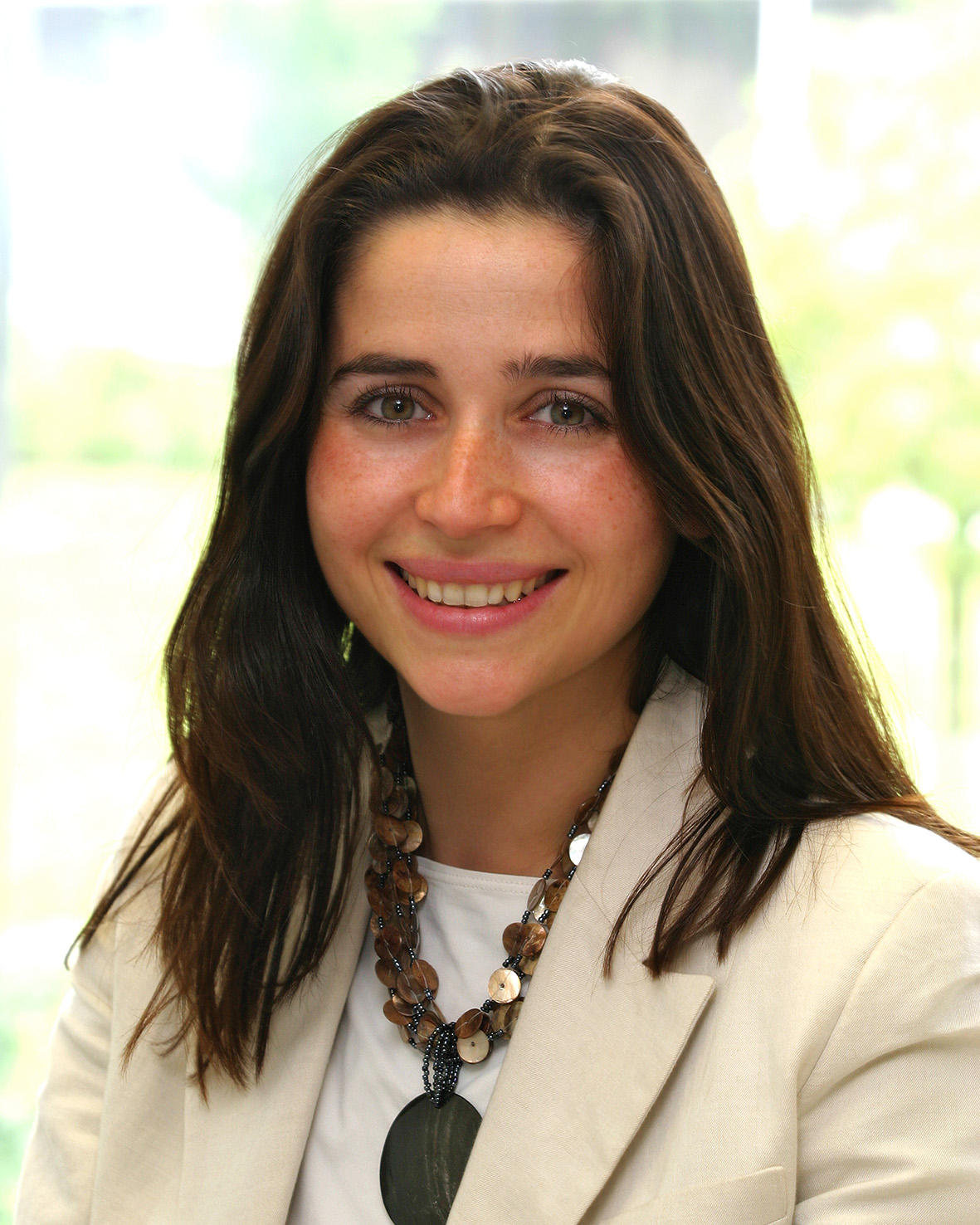 Cristina Martinez studied Science Philosophy, Communication (Major) and has an MSc in Telematics (Cum Laude) from the Université Libre de Bruxelles. She started her career in the United Nations Office headquarters working for an IT track and trace software project for Africa, Asia and Latin-America. She then joined the Andersen Consulting company in 1998 to work for the eCommerce group of the Technology department as a solutions engineer. She became a member of the staff of the European Commission in 2002 first, as communication officer, then as a senior administrator for research in the 'Enterprise Networking' Unit of the Information Society Directorate-General where she lead the 'Enterprise Interoperability' area. In 2013, Cristina became Head of Sector and then Deputy Head of Unit of the 'Knowledge-Management' unit, and then Deputy Head of Unit for the 'eInfrastructure and Open Science Cloud' unit. Since January 2019, she is the Deputy Head of Unit of the ‘Smart Mobility and Living’ unit in DG CONNECT dealing with the Smart Cities topic. 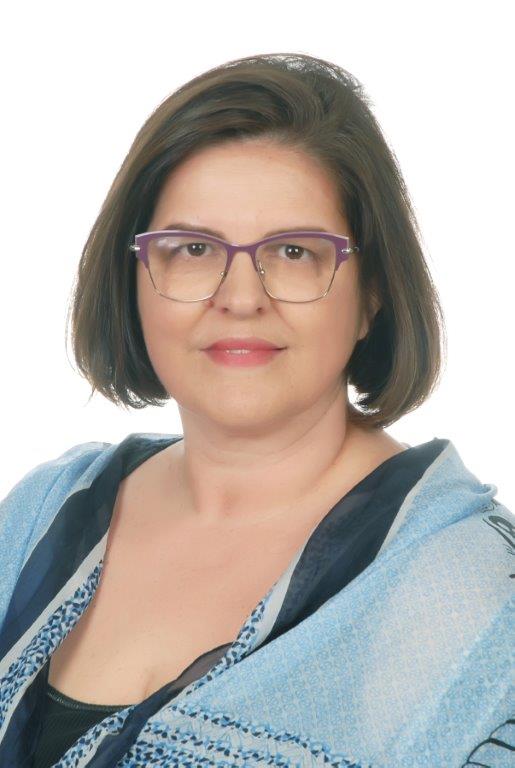 Dr. Georgia Ayfantopoulou is Deputy Director and Research Director at the Hellenic Institute of Transport (ΗΙΤ) of CERTH with professional and research experience for over 25 years in transport systems management and optimization. She is the Head of Research Department of HIT “Intelligent Infrastructure and Networks, Sustainable Mobility and Logistics” with professional and research expertise in the following sections: Traffic Management, Transport Systems Management, Use of Telematics Applications in: Maritime, Road and Combined Transport, GIS, Vehicle Fleet Management, Operations Research and in Road Safety. Her professional experience covers a wide range in studies with subjects relate to maritime transports, port infrastructure management, new technologies application for maritime transportation systems’ management emphasizing on the safety and reduction of environmental impacts. She has been assigned as Project Coordinator, Technical and Evaluation Manager for several EU as well as Greek projects and she has written numerous scientific articles and reports.

Ioanna has over 20 years’ experience as a consultant, specialising in the design and development of information technology platforms and systems & the design and setup of research and commercial ICT projects. Currently in the position of R&D Director at INLECOM, she has overseen and managed many R&D and Innovation projects with direct responsibility for KPIs that pertain to innovation, research outputs, POCs, scientific excellence and scientific advancements. Being involved in all phases of projects’ lifecycles, from inception and proposal writing to delivery management, part of her role is identifying the innovative elements of commercial and strategic value for businesses. Ioanna has a demonstrated history of working in the information technology and services. Throughout her career, she has participated in over 30 projects in the fields of Knowledge Management, e-learning, ICT, Transport & Logistics, Digital Twins. She is member of the coordination team of Inlecom projects portfolio. 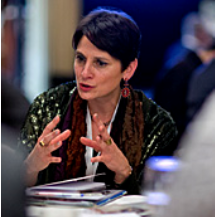 Director for Quality of Life in DG Environment

Director for Quality of Life in DG Environment

Veronica Manfredi is the Director for Quality of Life in DG Environment since February 2018.   Her Directorate plays a pivotal role in leading Europe towards Zero- Pollution and securing an effective management of Water – it thus significantly contributes to tackle the Climate, Biodiversity and Circular Economy challenges. It is indeed responsible for EU policies on Clean and Well-Managed Water (including the protection all EU Freshwater and Marine environments, water reuse, prevention from Floods, compliance with high health standards for Drinking Water), Clean Air, control on Industrial Emissions and prevention of Industrial Accidents. Internationally, her team leads the EU negotiations within the UN Minamata Convention on Mercury and the UN Convention on Long-Range Transboundary Air Pollution. It also provides steady support to the work of the four Regional Sea Conventions (notably the HELCOM – Baltic Sea, OSPAR – North Atlantic Sea, Barcelona – Mediterranean Sea, and the Bucharest Conventions – Black Sea) and the International Commissions for the Protection of the Rhine and Danube rivers. In particular, until 2022, Veronica is the Chair of the International Commission for the Protection of the Rhine.   A lawyer by background, Veronica deepened her knowledge of International and EU law in Rome, Turin, Kiel, Bruges and Brussels.