These are exciting times in Living Lab and end-user engagement field, driven by continuous development of new Living Labs, new methodologies and new research concepts. Living Labs can be applied to many different fields and therefore the scope of the conference is wide and the program is jam packed.

Coffee session: meet with others

Are you an early bird eager to start networking? Do you want to informally connect with the other participants? Maybe discover common interests and experiences? Or just meet your peers? Join this informal coffee session.

The conference will kick off with an official opening by the Director of the European Network of Living Labs Martina De Sole, Chairperson Fernando Vilariño and event manager Koen Vervoort. It will be followed by a keynote speech by Delilah Al Khudhairy who is the Director of Competences at the Joint Research Centre.

Director of Competences at the JRC

Director of Competences at the JRC

Delilah Al Khudhairy, born in 1962, graduated with a first class honours B.Sc (Eng.) and Ph.D degrees in Materials Science Engineering from London University. She was employed at British Gas, UK, before joining in 1990 the European Commission’s in-house science reference, the Joint Research Centre. Her research areas have covered x-ray and electron scattering (scanning and transmission) experimental techniques, x-ray diffraction, numerical modelling, and remote sensing. In 2004, she was appointed as the head of the Unit in the JRC's Institute for the Protection and Security of the Citizen, entitled Global Security and Crisis Management. The Unit’s mission is to provide support to strengthening the EU’s Resilience to Crises and Disasters and the EU’s Aim to Promote Stability and Peace through its scientific research and technological innovation in internet and information technologies, remote sensing and statistics. In 2006, she developed together with the former director of her institute, Dr. Jean Marie Cadiou, the JRC's strategy for Security. Furthermore, in early 2000, Delilah Al Khudhairy together with fellow colleagues from the JRC formed the JRC Women and Science network. She also served as the chairwoman of the Women Science Network of the Joint Research Centre and the secretary of the Scientific Committee in the Institute for the Security and Protection of the Citizen until her appointment as head of unit.

Head of the Unit in charge of Higher Education policies and programme at the European Commission's Directorate-General for Education, Youth, Sport and Culture.

Head of the Unit in charge of Higher Education policies and programme at the European Commission's Directorate-General for Education, Youth, Sport and Culture. 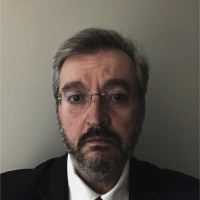 He is currently living and working in Portugal, and He would like to be seen as an entrepreneur working on innovative technologies related with communication, collaborative work and open platforms, and an evangelist of Open Standards. He has been working on project and executive management and IT platforms for the past 15 years. And he has also been an invited specialist in several working groups both at the national and European level. He is currently working on Cloud Computing standardization international efforts (ISO/IEC JTC1 SC38; Portuguese Quality Institute Technical Committee TC128). He is passionate to share his thoughts and that has led him to talk in several conferences, specially to talk on subjects such as Open Standard, Cloud Computing, Identity management, IT platforms organization, IT Security. He is also one of the founders of the European Association for Cloud Computing (EuroCloud) and the chairman of the Portuguese chapter. 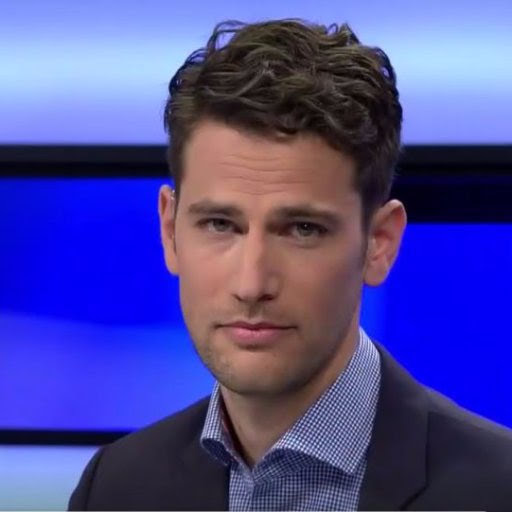 Founder of spreadable.io,Digital storyteller and Evangelist, CCO of the European Startup Prize for Mobility

Founder of spreadable.io,Digital storyteller and Evangelist, CCO of the European Startup Prize for Mobility

Dan Sobovitz is a digital storyteller and evangelist, active in the EU bubble and the #Tech4good scene. He is also the CCO of the European Startup Prize for Mobility (EUSP), the largest European accelerator for clean mobility startups. For 5 years, Dan led the digital presence and publications of the Vice President of the European Commission, in charge of the Energy Union; including topics like innovation, green mobility, energy efficiency, etc. Apart for ghost-writing for the VP, Dan was passionate about using technology in order to bring EU democracy closer to its citizens. For example, making use of live interactive interviews from a self-driving car or a solar plane crossing the Atlantic, VR of EU satellites shot into space, crowdsourcing EU policies among youth, climate activists, or even space scientists through digital platforms, using smartphones for live voting at EU startup pitching competitions, and more. Previously, he had worked on large-scale digital campaigns with various international organisations, such as the EU Humanitarian Aid Dept. (DG ECHO), UNICEF, UNESCO, the Slovak EU Presidency, and others. In the field of tech, Dan presents and moderates events (Viva Tech, RATP Innovation Series, Michellin Movin On Challenge, Huawei Academia Salon, Beautiful Software Awards, Crowdsourcing Week, events of the Brussels Times, Euractiv, and more). He also blogs and lectures about the interplay between technology, society, and politics. In 2013, he co-founded ‘Ceci n’est pas une crise’, a civil society organisation which analyses the current wave of nationalistic populism and advocates for an inclusive and progressive alternative. He also sits on the advisory boards of the African Diversity and Inclusion Centre which strive to reinforce ethnic, religious and sexual minorities across Africa, and the EJCC Dialogue & Diversity, which builds bridges across Europe’s ethnic and religious groups. Dan and his husband are proud fathers of two children and they advocate on Rainbow Family rights.

During our call for papers full research papers, research in progress papers and practitioners presentations were submitted to 6 different tracks:

In this session the chair of the DLLD scientific committee, Dr. Dimitri Schuurman, will introduce the 6 submissions which received the highest marks following the peer review. At the end of the session, the voting for the Best Research Paper – the Veli Pekka Niitamo Award will open.

CLosing of the day

In this session, the main takeaways of this first day of the conference will be highlighted and connected with the upcoming days of the program.