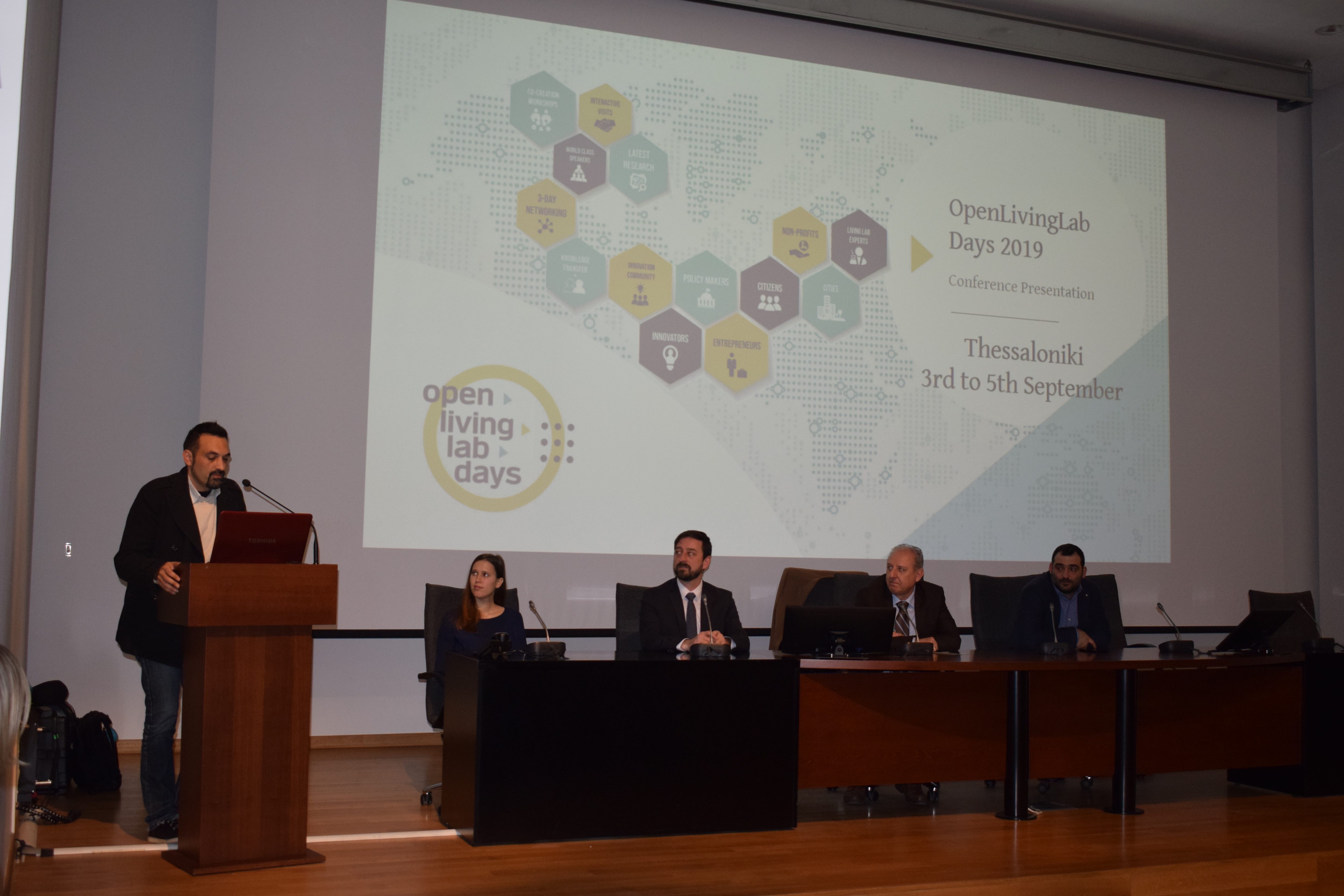 The next edition of the Open Living Lab Days (OLLD19), the annual gathering of the global Living Lab community, organized by the European Network of Living Labs (ENoLL) is held next September (3-5 Sept 2019) in Thessaloniki, the second largest city in Greece, hosted by ENoLL adherent member Thess-AHALL (Thessaloniki Active & Healthy Ageing Living Lab), in cooperation with URENIO smart cities lab and the Greek Chapter of the Open Knowledge Foundation (OK Greece).

In this episode, Attentive founder and CTO Pedro Araújo talks about what it takes to build a tech new product from the ground up. Discover their approach to running an engineering team, from adopting new open source technologies, to onboarding junior developers and learning .

On the occasion of the official announcement of the event, last December, and specifically, on Wednesday 12thof December 2018, a representation of the European Network of Living Labs (ENoLL), comprised of Mr. Miguel Galdiz, ENoLL Programme Manager and Mrs. Spela Zalokar, ENoLL Communications Officer & International Project Manager visited Thessaloniki. In the framework of a day-conference, held in the Research Dissemination Center of the Aristotle University of Thessaloniki (AUTH) by the Hellenic Society for Biomedical Technology (ELEVIT) and the AUTH Medical Physics Laboratory, part of which Thess-AHALL is, Mr Galdiz and Mrs Zalokar launched the next OLLDs, presenting the core information about the event, its main actors and a taste of the previous years’ OLLD conferences. They also made an open call to the city of Thessaloniki and all interested actors –from both the public and the private sectors- to join their forces with ENoLL and Thess-AHALL for a successful event. Furthermore, Mr Galdiz and Mrs. Zalokar introduced the next Living Lab Project Award competition and this years’ Business Plan competition, held by ENoLL. Specifically, in the framework of the next OLLDs, this March, a Business Plan Competition will open for ENoLL Members. Finalists will have an opportunity to pitch their business plan/product/service to Venture Capitalists at the Open Living Lab Days 2019 next September in Thessaloniki and receive feedback on the readiness of their product/service/business model.

Support from the Local community

The announcement of the OLLD19 was preceded by an introductory speech by ENoLL Council Member, AUTH Medical Physics Lab and Product Manager at Nively SAS Evdokimos Konstantinidis, who presented the notion of Living Labs, also focusing on the principles of the co-creation methodology and the opportunities of public involvement in the co-design and social innovation activities of Living Labs. On his side, Head and Founder of Thess-AHALL and Assoc. Professor of Medical Education Informatics at AUTH Panagiotis Bamidis warmly welcomed the next OLLDs in Thessaloniki, stressing that this is a great success of Thess-AHALL that came after years of hard work.

Moreover, Prof. Bamidis gave the floor to OK Greece Chair and AUTH Department of Mathematics Research Personnel Charalampos Bratsas and URENIO Head and AUTH Professor of Urban Development and Innovation Policy Nicos Komninos, who expressed their satisfaction for the organization of the 2019 OLLDs by ENoLL annual conference in Thessaloniki, noting that they will support the event by all means and speaking about the importance of Living Labs and co-creation in nowadays research.

Local bodies and representatives from the business sector –e.g. incubators, venture capitals etc., who attended the event had the opportunity to participate in an open discussion and ask their questions to both ENoLL and Thess-AHALL’ members, while there were also some in person contacts among representatives of ENoLL and ThessAHALL with interested to be involved stakeholders of the city.